Rihanna’s Super Bowl performance is just under a month away. Reports state JAY-Z is helping Rihanna with the planning, but fans have expressed who they would like to see join the Fenty queen as a surprise guest. That star is Britney Spears.

A study of the US population was done by VegasInsider.com ahead of the forthcoming Super Bowl LVII halftime performance, and Spears received the most votes (22.6%) as a special guest. Eminem (19.46% of the votes) followed Spears, and A$AP Rocky (14.53%) came in third.

If the moment happens to come true, Rihanna and Spears would perform their 2011 “S&M (Remix).” The two previously performed the single at the 2011 Billboard Music Awards at the MGM Garden Arena in Las Vegas, Nevada.

Additional results from the survey revealed the most requested song for Rihanna’s setlist is “Diamonds,” which is followed by “Don’t Stop the Music” and “All of the Lights.” In addition, “Diamonds” received the most votes in 11 different US states, followed by “Disturbia” and “Can’t Remember To Forget You” (4). 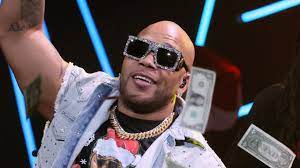