According to several confirmed reports, rapper Flo RIda won a $82 million lawsuit yesterday(January 18) against Celsius Energy Drinks over cash payments and stock options that were never paid as a part of his endorsement deal.

ccording to Forbes Magazine, “over $27 million of the damages represent 250,000 shares in Celsius the rapper said he was owed by the company.” Also, the jury said that Celsius not only breached their contract with the “Low” rapper from 2014, but that the company went the extra mile to conceal their breach of contract.

“He’s entitled to 500,000 shares of stock via the contract, and entitled to 250,000 shares of stock if certain things happen—one of those yardsticks is that a certain number of units of products need to be sold, but unfortunately the contract doesn’t specify which type of unit—is it a box, is it a drink? And there’s no timeframe or deadline,” Flo Rida’s lawyer John Uustal said to reporters. 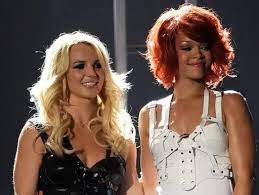