Following Drake’s Nothing Was The Same and Lil Wayne’s Tha Carter IV, the two music superstars embarked on the Drake vs. Lil Wayne Tour, one of the most memorable joint tours ever.

Lil Wayne’s manager, and Drake’s former manager, Cortez “Tez” Bryant, hopped on an episode of Brian “B.Dot” Miller’s Art of Facts. Tez talked about the Drake and Wayne joint tour and how it was one of his favorite tours ever. He even said how the two even considered doing a second tour after the success of the first.

“My favorite tour of them all was this Drake vs. Lil Wayne tour,” Tez said around the interview’s 15-minute mark. “It was at a time when Drake had arrived as an artist. Seeing him from the inception and as a superstar himself and mentor and mentee going on stage.”

When B. Dot suggested they should do another tour, Tez agreed. “And they talked about it. I do think we need to do it again.”

However, this is not the first time someone in the YMCMB camp has alluded to the possibility of another tour. Weezy congratulated Drake in 2018 following the success of the Aubrey vs. The Migos tour in 2018 and talked about the possibility of a sequel. “I can’t wait to get back on that stage and we do our own tour again. ‘Drake vs. Tune, Wayne’…whatever you wanna call it,” Wayne said. “You will never win, you never do. Congratulations.”

DRAKE SHARES PICTURE OF SON, ADONIS ON HIS FIRST DAY OF SCHOOL 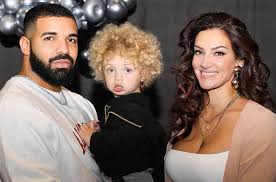