The A$AP Mob resumed with their annual Yams Day celebration on Monday night (Jan. 18). While the event is typically a star-studded concert of events, the Harlem group went virtual to celebrate the life and legacy of A$AP mob architect, A$AP Yams. In doing so, the event was deemed the 1st Annual Yammy Awards.

The virtual event began with an address from A$AP Yams mother.

“Today to commemorate this moment we are in the streets where my sons visions and dreams began… where his biggest inspiration was Biggie Smalls. I want to give thanks to my A$AP Family and all of you for supporting us from your homes. To my A$AP Foundation for being there during crucial times, having in mind that our mission is to save lives.”

In addition, to vintage footage of Yams and a number of interviews paying respect to the A$AP legend, the Yammy Awards consisted of performances from the group as well. The show crowned a number of fan favorites, including Lil Baby, Young Thug, and Lil Durk. The five award categories were the Big AWGIE Award, Hella Flows Award, The New Level Award, Yamborghini High Award, and The Lady Award.

A$AP Rocky took to his Twitter to announce the winners including Teezo Touchdown, Young Thug, Lil Durk, and Lil Baby respectively. The winner has yet to be selected by the Mob, but the nominees are Cardi B, City Girls, Mulatto, Saweetie, Flo Mill, Young Ma, and Rico Nasty.Peep the full Yam Days 2021 celebration below. 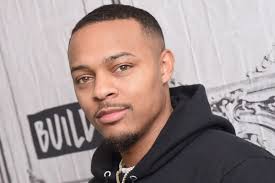