Checking ID for age to buy alcohol has never been easier. If the first digit on the birthdate begins with the number 1, meaning you were born in the last century, you are without a doubt over the age of 21.

The live-action Hercules could feature the Sexiest Man Alive. Disney Insider reporter Skyler Shuler said Michael B. Jordan is being considered for the lead role. While the part of Megara, who seduces Hercules to gain her freedom, might go to Ariana Grande.

Netflix reports 65 million households watched the romantic drama, Bridgerton. Many homes confessed that watching the soft-core sex scenes was mortally embarrassing around a parent. The 8-episode miniseries featuring filthy gorgeous lead actors has hints of Gossip Girl, Jane Austen and another Netflix favorite, To All The Boys I Loved Before. (The Wrap)

Rumors swirl that Paris Hilton accepted another marriage proposal on New Year’s Eve. This time by Carter Reum. She dumped her previous fiancé, Chris Zylka, 11 months after he proposed on New Year’s Day 2018.

Halsey launched a makeup line About-Face, which caters to bold looks. She described the beauty line as helping people “feel cool” more than looking good. In fact, her About-Face makeup could serve you well next Halloween. 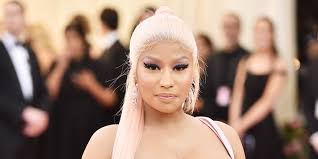