TIFFANY HADDISH AND COMMON GET SPICY IN TIKTOK CHALLENGE

One of the hottest TikTok trends to take over social media recently has been the silhouette challenge. Where influencers appear to be at first, lounging around and then give their audience a special red light surprise by dancing and posing with a silhouette of themselves.

Well, Tiffany Haddish and her boo Common gave fans more than they could handle when the two decided to give the silhouette challenge a twist of their own. The video started off just like any other, where Haddish is chilling in some lounge clothes and then the grand finale begins when Common joins her for what was a complete makeout session.

Fans took to the comments to stan the relationship of the two as there have been previous rumors of them dating in the past, “Omg they are so cute, I’m happy for the both of them,” one fan commented.

“All this time I really thought she was lying about Common. My bad sis. yall cute,” another fan wrote under the Sahderoom’s post with heart eye emojis.

“I try my best to always tell truths they are easier to remember,” Haddish responded.

Could Tiffany Haddish and Common be the next couple goals?

HOW STRENGTH AND HARDWORK HELPED MARY J. BLIGE MAKE HISTORY AT THE OSCARS 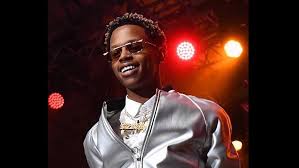