After months of recovering from a year-ending knee surgery and perfecting his next project, Drake is returning once again to give his fans and music lovers what they want. Last week, DJ Akademiks tweeted some Certified Lover Boy updates after reportedly speaking with The Boy. So far so good in regards to AK’s updates.

“THE Goat is back. Aubrey Champagne Papi Drake Graham.”

Drake stans around the world are rejoicing in celebration. The Boy took to his Instagram to announce his next release entitled, Scary Hours. Back in January 2018, the 4-time Grammy winner dropped a 2-song EP of the same title. That EP included Apple Music’s most-streamed song of all-time “God’s Plan,” as well as the bar heavy track, “Diplomatic Immunity.” Now the OVO founder is back with the sequel.

He was spotted shooting a video earlier in the week as well. On Friday we will find out if Scary Hours will include visuals as well. 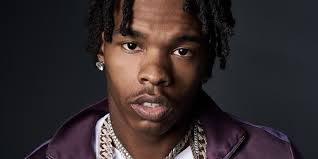