Written by KingCnote on November 5, 2020

Wide receiver who was selected 12th overall in the 2014 NFL Draft by the New York Giants. He was named the 2014 Offensive Rookie of the Year and in 2015, he became the fastest receiver in NFL history to reach 100 career receptions, 14 games into his career. In 2019, he was traded to the Cleveland Browns.

After the initial success of The Jonas Brothers, the guitarist went on to acting, business and reality television but returned to the fold for the group’s reunion in 2019.Born 1987

The eldest of the three hunky Australian brothers, he has acted in the Thor movies and the cable series Westworld.Born 1981

The Radiohead guitarist has also had success scoring films, including four directed by Paul Thomas Anderson and two by Lynne Ramsey. Born 1971

He won a Best Supporting Actor Oscar in 2018 for Three Billboards Outside Ebbing, Missouri and was nominated for it again in 2019 for playing George W. Bush in Vice. Since his breakout role as Chuck Barris in Confessions of a Dangerous Mind (2002), his films have included The Hitchhikers Guide to the Galaxy, Iron Man 2, Cowboys and Aliens, Seven Psychopaths and The Way Way Back.Born 1968

Dutch-born actress (The X-Men movies, the Taken movies, GoldenEye; TV’s Nip/Tuck, Hemlock Grove, The Blacklist, How to Get Away With Murder)Born 1965

In 1974, at the age of 10, Ryan O’Neal‘s daughter won a Best Supporting Actress Oscar for Paper Moon, becoming the youngest actor to win a competitive Academy Award. Her other films include The Bad News Bears, Nickelodeon, International Velvet and Little Darlings. From 1986 to 1994, she was married to tennis great John McEnroe.Born 1963

The Scottish star won a Best Supporting Actress Oscar for Michael Clayton in 2008. Her other movies include The Curious Case of Benjamin Button, Thumbsucker, Constantine, We Need to Talk About Kevin, The Chronicles of Narnia: The Lion, the Witch and the Wardrobe, The Beach and Orlando.Born 1960

Actress (TV’s The Kathy and Mo Show, Mad About You and That ’70s Show), comedian, writerBorn 1958

A Flock of Seagulls singerBorn 1957

The ex-Dexy’s Midnight Runners violinist — that’s her on “Come On Eileen” — made two solo albums of Irish music in the late 1990s.Born 1956

Matriarch of the whole Kardashian-Jenner clanBorn 1955 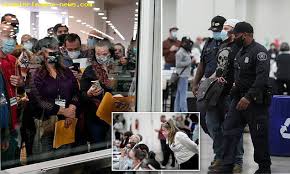 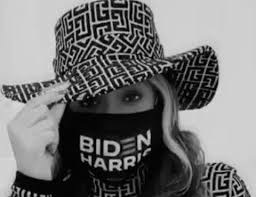