Canadian vocalist who released his first studio album, PartyNextDoor Two, in July of 2014. The album peaked at number nineteen on Canadian music charts and at number fifteen on American charts and was, for a time, the number one R&B recording among American listeners.

Actor (The Conjuring, the Insidious movies, Hard Candy, Morning Glory, The Switch, The A-Team, Watchmen, The Phantom of the Opera, The Alamo; TV’s Fargo and A Gifted Man)Born 1973

The Broadway actress-singer was a star of the ABC TV series Private Practice.Born 1970

The voice of “Lisa Simpson” on The Simpsons also had a live-action role on Dharma and Greg.Born 1964

The Church of Scientology adherent has three Oscar nominations: Best Actor for Born on the Fourth of July (1990) and Jerry Maguire (1997) and Best Supporting Actor for Magnolia (2000). His many other films include Edge of Tomorrow, Oblivion, Jack Reacher, the Mission: Impossible series, War of the Worlds, Collateral, The Last Samurai, Minority Report, Vanilla Sky, Eyes Wide Shut, A Few Good Men, Interview With the Vampire, Top Gun, The Firm and Risky Business. He has three actress ex-wives: Mimi Rogers (1987-’90), Nicole Kidman (1990-2001) and Katie Holmes (2006-’12).Born 1962

Soap opera actress (All My Children, Days of Our Lives, The Bold and the Beautiful)Born 1962 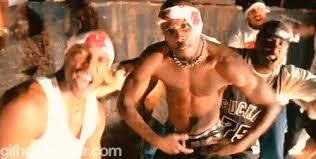