The BET Awards was more than a celebration of the network’s 40th birthday. It was a premiere for a number of future projects that Black Entertainment Television is set to produce, including the 5-part Ruff Ryders docu-series. The DMX-led group is one of Hip-Hop’s most iconic collectives.

Founded by Joaquin, Darin, and Chivon Dean, the late ’90s and early 2000s were impacted by the Ruff Ryder movement. Their roster included the dynamic DMX, The LOX (Jadakiss, Styles P, and Sheek Louch,) Eve and Swiss Beatz. Beatz was behind the boards of a number Ruff Ryder hits and is the nephew of the labels’ founders.

The 5-part series will follow the rise and influence of the historic Hip-Hop group. From the versatility of DMX to Ruff Ryders first lady, Eve, the group set a standard on how to have success as a rap posse.

The Ruff Ryders series to set to premiere this September on BET. Catch the full trailer below. 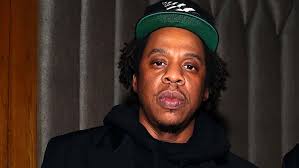