Beyonce and Kendrick Lamar are the two most nominated artists for the 65th Annual Grammy Awards.

Beyonce’s chart-topping album Renaissance picked up an impressive nine nominations across several covetous categories, including Album of the Year, Song of the Year, and Record of the Year. Among the artists vying for Album of the Year includes Adele (30), ABBA (Voyage), Mary J. Blige (Good Morning Gorgeous (Deluxe), Kendrick Lamar (Mr. Morale & The Big Steppers), Lizzo (Special), Harry Styles (Harry’s House), Coldplay (Music Of The Spheres), and Bad Bunni (Un Verano Sin Ti), who had an amazing run this year.

Kendrick Lamar is right behind Beyonce with eight nominations, including some of the big categories she showed up in, like Album of the Year. The Compton rapper’s album, Mr. Morale & the Big Steppers, is one of the best rap albums released this year, considering it came as a bit of a surprise. Kendrick is also the leading contender for Best Rap Album, which includes DJ Khaled (God Did), Jack Harlow (Come Home The Kids Miss You), Future (I Never Liked You), and Pusha T (It’s Almost Dry).

Kendrick Lamar was also nominated for Best Music Video, Best Rap Song, Best Melodic Rap Performance, and Best Rap Performance. In the hip-hop community, we saw Latto and GloRilla picking up their first Grammy nominations, while veterans like Nicki Minaj and Cardi B were snubbed after picking up no nods. 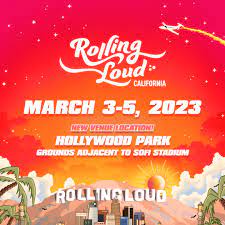