Adam Levine allegedly cheated on his wife. The Maroon 5 singer then asked his 23-year-old mistress if she objected to giving his son her name.

Sumner Stroh exposed Adam’s betrayal via TikTok. She claimed in a 90-second video, (quote) “I was having an affair for about a year with a man who is married to a Victoria’s Secret supermodel.”

Then this summer, about the time that Behati Prinsloo learned she was pregnant, Adam Levine slid into Sumner’s DMs. The Instagram model revealed the screenshot of Adam texting, (quote) “OK serious question. I’m having another baby and if it’s a boy I really want to name it Sumner. You OK with that? DEAD serious.”

Sumner made the mistake of sharing these screenshots with a few trusted friends. One of them tried selling this story to the tabloids. Sumner pre-empted any reports with her truth and provided the receipts. (Newsweek) 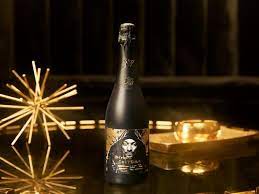