Born Grace Hamilton, she is a Dancehall artist who is best known for starring on Love & Hip Hop: Atlanta. She gained fame for the release of her So Mi Like It EP and won three Star Awards in 2015.

She attended Edna Manley College of the Visual and Performing Arts to study music and drama. She was releasing music as Spice as early as 2000.

She was nominated for Best Supporting Actress for Up in the Air in 2010. Her other films include The Conjuring, Source Code, Orphan, Safe House, The Departed, The Manchurian Candidate and TV’s Bates Motel. In 2011, she directed and starred in Higher Ground.Born 1973

She was Ginger Spice in the Spice Girls.Born 1972

Writer-producer-director-actor (Glass, Split, The Last Airbender, The Village, Signs, The Sixth Sense). He got two Oscar nominations for The Sixth Sense.Born 1970

After starring at Navy, then serving active duty, “The Admiral” won two NBA titles with the San Antonio Spurs before retiring in 2003. He was inducted into the Basketball Hall of Fame in 2009.Born 1965

THE WEEKND ANNOUNCES COLLABORATION WITH JUICE WRLD TO RELEASE THURSDAY 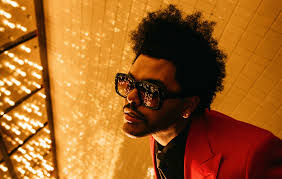