After a district attorney alleged a co-defendant offered to “whack someone” on his behalf, a judge has denied Gunna bond for the third time since being arrested in May for his connection with a RICO case.

On Thursday, Gunna’s lawyer strongly suggested that there isn’t “a shred of evidence” suggesting Gunna is involved in the case, but a judge didn’t seem to agree.

Young Thug & Gunna are among 28 people who were indicted on a total of 56 counts. As a result, Young Thug was arrested at his Buckhead home in Atlanta on Monday, WSBTV reports.

Gunna faces one count of “conspiring to violate (RICO),” and is scheduled to go trial in January. 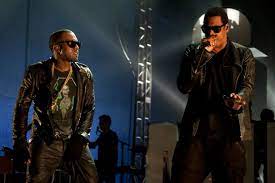