Susan Rice told the rapper to “back the **** off” or else “come against an army” after he made what many took as a threat against King.

Snoop Dogg, who caught heat over the weekend for seeming to have threatened Gayle King in an Instagram video post, is now insisting the message was misinterpreted, saying, “I don’t want no harm to come to her, and I didn’t threaten her. All I did was say, ‘Check it out. You out of pocket for what you doing, and we watching you.’”

In his previous video, which had the rapper-actor criticizing King for her interview with basketball player Lisa Leslie about the late Kobe Bryant, Snoop Dogg had called the “CBS This Morning” co-anchor a “funky dog-head b—-” and “punk motherf—er” before saying: “Respect the family and back off, b—, before we come get you.”

That led to admonitions against Snoop for his ominous warning and epithets from an array of celebrities, journalists and African American activists who believed he had gone too far.

“This video of Snoop threatening Gayle King is disgusting,” tweeted journalist Yashir Ali. That post was retweeted by thousands of others, including former national security advisor Susan King, who wrote, “This is despicable. King is one of the most principled, fair and tough journalists alive. Snoop, back the **** off. You come for Gayle King, you come against an army. You will lose, and it won’t be pretty.”

Tweeted Amber Tamblyn: “Wow. This is terrible. Shame on you, Snoop. A dog-head b—-? Really? To Gayle King, one of our most beloved women and journalists? You just lost a fan and I hope you lose a lot more for this.”

Rose McGowan tweeted, “You want to know why Kobe Bryant is a hero? He apologized to a hurt young woman. Snoop & others it’s time to stop terrorizing Gayle King … Truth hurts. Death hurts. Grow the f— up. Kobe stopped hurting women, so can you.” She included a screen shot of an apology Bryant issued to a woman who had accused the basketball legend of sexual assault after a 2005 settlement.

The ill will stems from an interview King conducted with Bryant’s friend, Leslie, that included a question about whether the 2003 sexual assault case in Colorado affected Bryant’s legacy. Since then, King has been the subject of death threats and travels with heightened security, according to Oprah Winfrey, who said her friend is “not doing well” under the duress.

“We find the threats against her or any journalist doing their job reprehensible,” CBS News president Susan Zirinsky said Saturday.

King has criticized the network for publicizing the exchange with Leslie about the sexual assault case out of the context of their full interview.

Snoop Dogg’s original message to his 39 million Instagram followers, in full: “Gayle King — out of pocket for that s—. Way out of pocket. What do you gain from that? I swear to God, we’re the worst. We’re the f—ing worst. We expect more from you, Gayle. Don’t you hang out with Oprah? Why y’all attacking us? We your people. You ain’t come after f—ing Harvey Weinstein asking them dumb-ass questions. I get sick of y’all. I wanna call you one. Is it okay if I call her one? Funky dog-head b—-! How dare you try to tarnish my motherf—ing homeboy’s reputation, punk motherf—er? Respect the family and back off, b—-, before we come get you!”

Snoop Dogg used the caption of his Instagram post to abbreviate and repeat the “FDHBiiiyich” epithet toward King.

His follow-up message Saturday, in full: “Here’s a message for the people that need to know: I’m a non-violent person. When I said what I said, I spoke for the people who felt like Gayle was very disrespectful towards Kobe Bryant and his family. Now with that being said, would I look like someone who would want some harm to come to a 70-year-old woman? [King is actually 65.] I was raised way better than that. I don’t want no harm to come to her. I didn’t threaten her. All I did was say, ‘Check it out. You out of pocket for what you’re doing, and we’re watching you. Have a little bit more respect for Vanessa and her babies and Kobe Bryant’s legacy.’ Yeah. But anyway, I’m gonna do what I gotta keep doing. Y’all keep doing what y’all doing. We’re very non-violent. We want to say that first and foremost. We speak from the heart. Some of you who have no heart don’t understand that. But anyway, carry on and enjoy your day.”

WAYNE ALBUM AT THE TOP OF THE BILLBOARD HOT 200?! 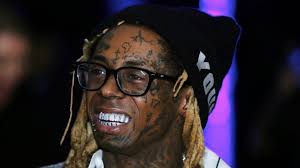 12 Chance The Rapper, Tyler, The Creator and Young Thug Lyrics That Prove Pizza Obsession Is Real 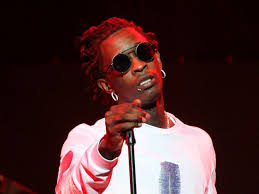