The Weeknd’s new album After Hours has arrived with some record-breaking numbers. The Weeknd promised something special and with the build-up to the project being quite dramatic, the fans’ expectations were running quite high. The anticipation had been so vast that Apple reported that the all-time high for pre-adds as been broken. Reports are that the pre-adds surpassed 975,000 globally on Apple Music, which quite an accomplishment. A broken record before the release of the album spells great things for the project, and the Canadian singer could be eyeing yet another Grammy nod. The previous record of 800K pre-adds on Apple Music was held by Billie Eilish for her album, When We All Fall Asleep, Where Do We Go? This was not the only success of the album, as previously released singles from the album, “Heartless” and “Blinding Lights” have done fantastically well aboard the US Billboard Hot 100 charts. “Heartless” nabbed the number 1 spot in December, meanwhile the latter holds the number 4 spot. “Bling Lights” has also secured the biggest sales gain for the week of March 21, 2020. 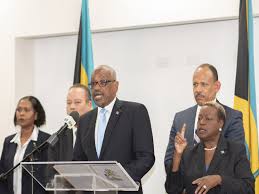