When Grammy nominations were announced Tuesday, The Weeknd never heard his name. By the evening, The Weeknd demanded in a tweet accountability by the Recording Academy, (quote) “The Grammys remain corrupt. You owe me, my fans and the industry transparency…”

There is speculation within The Weeknd’s camp that he’s been punished for trying to strong-arm the Grammys, who wanted The Weeknd exclusively. TMZ reports the Grammys gave an ultimatum that he could perform at either the Super Bowl or the Grammys. But not both. The Weeknd chose the worldwide stage of Super Bowl 55 halftime. And the Grammys chose to snub The Weeknd. Allegedly.

Recording Academy chief Harvey Mason Junior responded to The Weeknd’s claim of corruption (quote) “To be clear, voting in all categories ended well before The Weeknd’s performance at the Super Bowl was announced, so in no way could it have affected the nomination process.” (Variety)

This year, The Weeknd spent a record-breaking 33 weeks with “Blinding Lights” in the top 5 of Billboard’s Hot 100. He released After Hours, one of the three biggest albums of 2020 along with Taylor Swift’s Folklore and Positions by Ariana Grande. (TMZ) 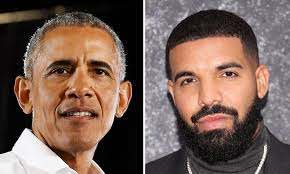