The director of Tekashi 6ix9ine’s upcoming documentary Supervillain says the rapper is truly a horrible human being, and master manipulator, and now 69’s lawyer is clapping back.

His highly-publicized return to hip-hop seemed to be dying down by late last year, but it’s now rising from the ashes. Tekashi 6ix9ine has had a few things in the pipeline since he got an early release from prison in April 2020. In addition to his new albums, the rapper would star in a number of features documenting his infamous story. One of the documentaries, titled Supervillain: The Making of Tekashi 6ix9ine, is set to make its debuts on SHOWTIME next Sunday (Feb. 21). The director Karam Gill did an interview with Page Six ahead of the premiere and revealed a perspective many would never have guessed.

According to Gill, he wasn’t so inclined to take on a story like Tekashi 6ix9ine’s initially. Still, he wanted the opportunity to shed some light on a broader idea and a significant time in hip-hop and its culture. Though 69 generally goes viral for seemingly being dumb, he’s reportedly quite smart about it. Gill says, “I think viewers will be shocked to realize how hyper calculated [he is],” he reportedly told Page Six. “Tekashi was someone who never did anything online on accident. Every click, word, and action online was designed with care to spark a reaction. I never really wanted to explore Tekashi’s story specifically and was hesitant about the project at first because of how he has been such a toxic individual in our culture.

“But from a wider scope, I realized it’s an extremely important story that shines a light on where we are as a culture. We’re living in the era of manufactured celebrity, where people can create inauthentic online personas and rise to fame without any talent or morals. Tekashi’s story is exactly that — he’s someone who realized the power of having your own platform.”

Gill explained that he never even met Tekashi 6ix9ine during the making of the documentary. He told the publication that the larger production team recorded the “post-prison tapes” that will be featured as the main interview in the film. While Gill did not shy away from an honest critique, he similarly could not deny that Tekashi 6ix9ine was the perfect muse for such a project.

“I was surprised to find out how much of a social media mastermind [Tekashi] truly was,” Gill admitted. “His understanding of how human beings operate on these platforms is incredible. The public and media hates him because he is truly a horrible human being who has done terrible things. And from an overall perspective, he loves to instigate and aggravate which is something that naturally sparks a reaction.”

Meghan Markle And Prince Harry Are Expecting Baby No. 2! 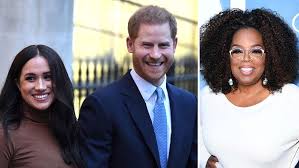