A new video has surfaced online which shows the “Better Now” rapper tattooing his initials on someone.

Posty is obviously a big fan of tattoos. In fact, if you’re counting, he has over 65 already inked on his body. Over the past few years, he has shown off his ever-growing collection which includes a Lil Peep tribute tattoo, matching ink with his “Tommy Lee” collaborator Tyla Yaweh and a buzzsaw.

More recently, he got a Kansas City Chiefs’ tattoo after losing a game of beer pong to Patrick Mahomes and Travis Kelce. As well, he even turned his dentist’s office into a tattoo studio to get some more work inked shortly after getting a new skull tattoo.

Now, Posty is trying his hand at being a tattoo artist. In a new video, the rapper is seen giving someone a tattoo of his initials with little hearts. The new ink is right next to a tattoo of Drake‘s initials.

Post Malone previously shared that he started getting tattoos due to his insecurities with his appearance. In an interview earlier this year, he called himself an “ugly-ass motherfucker” and approached the topic with a bit of self-deprecating humor.

Read more: Did YUNGBLUD make a nod to My Chemical Romance in his new music video?

“It does maybe come from a place of insecurity, to where I don’t like how I look, so I’m going to put something cool on there so I can look at myself and say, ‘You look cool, kid,’ and have a modicum of self-confidence when it comes to my appearance.”

Various musicians including KISS frontman Paul Stanley and Ozzy Osbourne have spoken out about their distaste for face tattoos, something Posty is known for. More recently, the Black Sabbath frontman said that the tattoo trend makes individuals look “dirty.”

“I would never do that,” he said. “Anything above the collar should be stopped. To be honest, it makes you look dirty.”

Read more: MGK could have his biggest chart debut yet with ‘Tickets To My Downfall’

However, it looks like Posty isn’t fussed by the comments. As he continues to forge a career in tattooing, he is also making history in the music industry. Earlier this month, his hit “” with 21 Savage surpassed two billion streams on Spotify.

Would you get a tattoo from Post Malone? Let us know in the comments below.

The post See Post Malone give tattooing a try by inking his initials on someone appeared first on Alternative Press. 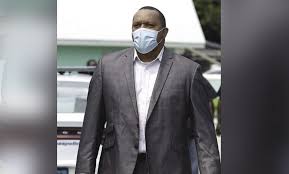