The oldest daughter of Kim Kardashian and Kanye West has been described as the “ultimate daddy’s girl.” North West, who turned 7 years old earlier this summer, informed her parents she would prefer to live with Kanye in Wyoming.

An insider supposedly told In Touch Weekly, (quote) “North knows that mommy and daddy are going through things. She shocked Kim by proclaiming she wants to go live with her dad.” (In Touch)

TMZ reports the family is on a retreat in a remote location. The marriage hit the skids last year. Kim has spent weeks trying to convince Kanye to seek professional help for his mental health. He’s tweeted and deleted how he’s tried for a long time to divorce Kim. She’s been trying to hold it all together and this retreat looks to be a last-ditch effort to save the marriage. (TMZ) 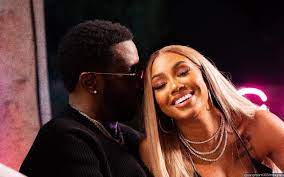