The #FreeBritney crowd deciphered an Instagram video from Britney Spears. They believe it is a coded message and Britney secretly told them that she feels trapped inside an unjust legal system.

The video posted on Thursday shows Britney in her home fitness gym dancing barefoot and twirling to a Michael Jackson song.

The lyrics to “Scream” may describe how Britney feels as she tries to escape a decade-long conservatorship. Michael Jackson sings, (quote) “Tired of injustice. Tired of the schemes. The lies are disgusting. So what does it mean? As jacked as it sounds, the whole system sucks.”

Alternatively, Britney just wanted to show her 22 million followers she’s ready to perform right now. And her manager Larry Rudolphis 100 percent wrong. He told TMZ, (quote) “It’s clear to me she should not go back to this Vegas residency, not in the near future and possibly never again.” (The Blast) 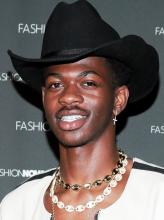