Lori Loughlin must have big Spring Break plans. She requested and a judge granted the return of her passport. Lori Loughlin surrendered her passport when she was charged in the college admissions scandal. Now that she served her two months in prison and paid a $150,000 fine, Lori got her passport back. (New York Post)

Kourtney Kardashian became Instagram Official with Travis Barker, who is the drummer in Blink-182. He reciprocated by duplicating their hand-holding photo in his Instagram Story. She has a boyfriend. Khloe Kardashian and Kendall Jenner have NBA boyfriends but Kim Kardashian is the oddball in the middle of a divorce.

A rumor about Nick Jonas. He will pull double-duty as Saturday Night Live’s host and musical guest as early as February 27. That night, he’s expected to debut a solo song.

FX on Hulu attracted so many new viewers for Framing Britney Spears that now Netflix wants a piece of that action. They’re in the process of buying another Britney documentary.

Netflix star, Regé-Jean [pr: ray-GAY szhon] Page, from the Bridgerton series has been cast in the Dungeons & Dragons movie. His co-stars include Chris Pine and Michelle Rodriguez. Season two of Bridgerton begins filming in a couple of weeks and will continue throughout the summer. (The Hollywood Reporter)

For the first time NOAA history (National Oceanic and Atmospheric Administration), more than 73 percent of the United States is covered with snow.

RIHANNA: Her Lingerie Worth $1 Billion 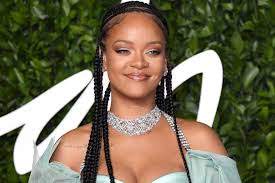