Though he initially planned on backing out of his $44 billion deal to acquire Twitter, Elon Musk confirmed on Thursday that he has, in fact, bought the social media platform. The Tesla CEO, who is also the richest man in the world with a $219 billion net worth, made the announcement in a tweet where he declared that Twitter will not become a “hellscape” now that he’s taken ownership of the platform.

In the lengthy statement, Musk then went on to explain why he went ahead and followed through with the deal, saying he didn’t buy the company to make more money but to help humanity, “whom I love,” he wrote. “It is important to the future of civilization to have a common digital town square, where a wide range of beliefs can be debated in a healthy manner, without resorting to violence.”

“And I do so with humility, recognizing that failure in pursuing this goal, despite our best efforts, is a very real possibility,” One of Musk’s plans, as he takes over the company, is to reduce the number of staff members who’ve been working at the firm to cut additional costs and make Twitter more profitable, though it remains unclear how many of the 2,500 employees will be let go.

“That said, Twitter obviously cannot become a free-for-all hellscape, where anything can be said with no consequences!” the tech mogul continued.

“In addition to adhering to the laws of the land, our platform must be warm and welcoming to all, where you can choose your desired experience according to your preferences, just as you can choose, for example, to see movies or play video games ranging from all ages to mature.”

CHLÖE RELEASES HER NEW SINGLE AND VIDEO “FOR THE NIGHT” FEAT. LATTO  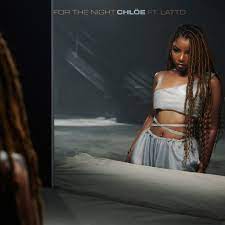