Here’s some great news to mark Women’s History Month! Cardi B’s top-charting breakout single “Bodak Yellow” officially became a certified diamond by the RIAA, making her the first female rapper ever to achieve the prestigious milestone! The RIAA tweeted the big news this morning (March 9), “Congratulations to @iamcardib, the first female rapper to achieve a RIAA ? single award! #BodakYellow @AtlanticRecords.” This all means that the track has shifted at least 10 million equivalent units in the U.S. alone. Cardi released “Bodak Yellow” back in 2017 and it didn’t need much time to take off. After the track came out, just a few months later the Bronx rapper hit No. 1 on the Hot 100, also making history in the process. Fans online have been celebrating Cardi all over social media. One Twitter user, “Cardi B the first woman to go diamond wit Bodak Yellow, a day after International Woman’s Day?? Goat fr” Another added, “This is historic, Cardi will go down the most successful female rapper – her numbers are unmatched.” The great news got fans super amped up for her new album that is currently in the works. Earlier this month she revealed that she is in “full album mode.” 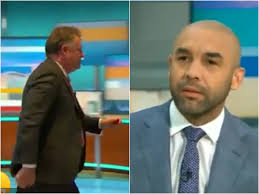