Monique Angela Hicks — better known by her stage name Mo’Nique — was poised to become one of Hollywood’s biggest stars when she took home the Academy Award for best actress in a supporting role for playing Mary Lee Johnston in the 2009 film, Precious. The abusive and manipulative character was in stark contrast to the playful and vibrant personality the stand-up comedian displays on stage. But nailing the dark and sinister role showed everyone that she was versatile and ready to take the entertainment biz by storm.

Only, things didn’t quite pan out that way for the Maryland native. Instead of her career trajectory proceeding on a steady incline, she seemingly disappeared from the big screen. Her IMDb page even details a years-long, unexplained hiatus from the industry. Puzzling. So, what happened? From rumors this multi-talent became money-hungry and too demanding, to the accusation that she didn’t “play the game,” here’s the real reason why Hollywood won’t cast Mo’Nique anymore.

There was a ton of buzz about Mo’Nique being an Oscars contender after the release of Precious, and in order to increase her chances of taking home the award, she was asked to schmooze with other A-listers and promote the movie at various film festivals. However, according to the New York Daily News, Mo’Nique was a no-show at the New York Film Festival, and she also skipped out on the Toronto Film Festival “when she was denied a $100,000 appearance fee.”

“You want me to campaign for an award — and I say this with all the humility in the world — but you want me to campaign for an award that I didn’t ask for,” Mo’Nique told The Hollywood Reporter. When she was called out for allegedly refusing to promote the film, Mo’Nique revealed to CNN’s Don Lemon that she was only paid $50,000 to appear in the award-winning film. She also implied that the travel costs associated with promoting the film were prohibitive, and since the studio refused to pay her to make the promotional appearances, she chose not to do them.

Mo’Nique told Lemon that after her decision to “respectfully decline” the studio’s invitation to fly to France to attend the Cannes Film Festival, the narrative changed to the celeb being difficult and demanding, thus pushing her out of the limelight.

TODAY IN HIP HOP HISTORY: TUPAC SHAKUR WAS SHOT ON THE LAS VEGAS STRIP 24 YEARS AGO 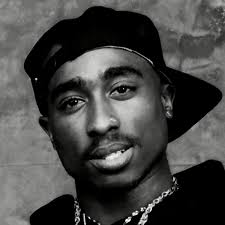