On this day in Hip Hop history, Snoop Dogg released his third LP Da Game Is To Be Sold, Not To Be Told, his first release on No Limit Records. Although met with mixed reviews from critics, this #1 album may very well be the most important project of Snoop’s career.

Following the release of his sophomore LP Tha Doggfather, Snoop’s relationship withDeath Row Records began to deteriorate. The aftermath of Dr. Dre leaving the label brought the worst out of its co-founder Suge Knight causing his iron dictatorship business model to only tighten its grip. Snoop’s disapproval of Death Row owning and profiting off of everything that he had recorded since signing along with receiving luxurious gifts in lieu of royalties led to his refusal to write another bar for Knight until his contract was up, excluding of course the infamous “F*ck Death Row.” A year later, Snoop finally decided to call it quits and take his talents down south.

Snoop signed with P. Miller in 1998 and officially became a part of the hottest rap syndicate of the time, No Limit Records. The No Limit army had begun to monopolize the rap game in 1997 with the release of Master P’s Ghetto D which peaked at #1 on the Billboard 200 and set what would be the labels most successful year. Much like the 2010 signing of LeBron James to the Miami Heat, Snoop Dogg’s joining No Limit brought with it nothing but success and took the label to the top of the rap game.

The anticipation of a Snoop Dogg album without Death Row brought about so much hype that the album debuted at #1 on the Billboard 200 and sold 520,000 copies in its first week. Critics had a lot to say about this album as it received mixed reviews across a plethora of publications. With the majority of critics citing the change in style and production of this project to fit the No Limit uniform, many praised the transition Snoop was making from a strictly West Coast G-Funk artist to one that could appeal to a wider range of Hip Hop fans. Snoop’s talent mixed with Master P’s marketing genius brought this tape to make chart appearances in ten countries across the globe and sell 3,985,360 copies in the United States alone.

With this album, Snoop proved that he was more than just another West Coast gangsta rapper. Although his album sales of previous albums were enough to set him apart from his local competition, never before had a West Coast artist been able to step outside of California and retain and gain the respect that Snoop did. His ability to thrive in the dirty south during an era of Hip Hop where factions and tension based on geography were at an all-time high showed that his talent was above the petty beef and could shine on any front.

Tory Lanez Was Not Deported 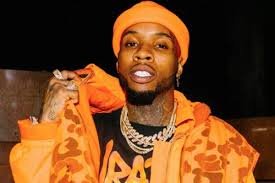