‘The Fresh Prince of Bel-Air’: Which ‘Banks Family Kid’ Has the Highest Net Worth Today?

The Fresh Prince of Bel-Air is a classic ‘90s sitcom with a hip-hop twist. The story centered around the affluent Banks family and their fish-out-of-water relative from Philadelphia, Will. The headliner of the show, Will Smith, shot to superstardom and amassed a colossal fortune. But some fans may wonder where his co-stars stand money-wise.

‘The Fresh Prince of Bel-Air’ Cast

“In West Philadelphia born and raised, on the playground is where I spent most of my days,” Will Smith rapped in the title sequence for The Fresh Prince of Bel-Air. He played teenaged Will, who lived a modest life before going to live in a Bel-Air mansion with has rich kinfolk.

In the role of the legal eagle, Uncle Phil was James Avery. Janet Hubert portrayed his better half, Will’s Aunt Viv, for the first three seasons before being replaced by Daphne Reid. Joseph Marcell played the role of the wise-cracking butler, Geoffrey Butler. And fan-favorite, DJ Jazzy Jeff popped up in a recurring part of Jazz, Will’s best friend.

In The Fresh Prince of Bel-Air, Will spent most of his time with his cousins, the Banks family siblings. Hilary, played by Karyn Parsons, was the eldest, followed by Carlton, brought to life by Alfonso Ribeiro. Tatyana Ali originated the character of Ashley, who was the baby of the family for the first three seasons. Nicky was born during season three, then became a rapidly aging sitcom kid by seasons five and six when Ross Bagley slid into the role.

Of the younger actors in the cast, Smith boasts the highest net worth with an estimated $350 million. Here’s how the actors who played Hilary, Carlton, Ashley, and Nicky Banks stack up when it comes to net worth.

Bagley joined Smith in the 1996 blockbuster hit Independence Day, the same year The Fresh Prince of Bel-Air ended. After that, he lined up a handful of other on-screen projects over the years. Celebrity Net Worth estimates that his wealth amounts to about $500,000.

RELATED: ‘I Got the Job but She Got the Husband,’ Says Nia Long About Jada Pinkett Smith

Although Parsons accepted a few high-profile roles after her stint as Hilary, she has maintained a relatively low profile. Still, the actress turned author has managed a comfortable $1.5 million estimated net worth, based on Celebrity Net Worth data.

RELATED: ‘The Fresh Prince of Bel-Air’: Will Smith and Tyra Recreate and Reminisce On Iconic Scene From the Show

Ali remained in the spotlight after her sitcom days. The actress has logged 80 credits in her three-decade career. Ali’s persistent work in entertainment has helped her boost her fortune to an estimated $6 million, according to Celebrity Net Worth.

Of the actors who portrayed Will’s affluent cousins, Ribeiro has banked the most bucks (pun intended). The actor and television host has accumulated an estimated $7 million in total wealth, as detailed by Celebrity Net Worth.

Fans of The Fresh Prince of Bel-Air who want to relive the magic are in luck. The show airs at various times on BET, VH1, and MTV2. 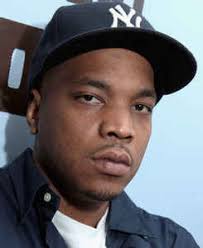