Tekashi 6ix9ine has linked up with Akon to remix his classic hit “Locked Up.” The “GOOBA” rapper posted a snippet of the new track via Instagram with Akon seated right beside him. The Konvict Music CEO released “Locked Up” back in 2005 with Styles P. The song instantly became a street anthem that resonated around the world. The song cracked the top 10 of the Billboard Hot 100. Many were looking to get The Lox rapper’s opinion on the second rendition of the song.

Styles took to Twitter to give his insight. Although he addressed it, he doesn’t want “Locked Up Pt. 2” to distract you from boosting your immune system. Styles and his wife Adjua are owners of multiple juice bars in NY as well as their own online pharmacy, Farmacy 4 Life.

“My job is 2 remind you to pay attention to things that will bring you health and peace,” said the Hip-Hop OG. “Anything other than that is null and void!”

He goes on to speak on his code and how he does not hold others to the same standard.Advertisement

“I will always consider Akon a brother but we have not spoken or seen each other in years.. I don’t know 6’9 meaning all 3 of our paths are different. I live by my code n don’t hold others 2 my code.”

There is no set date when Tekashi 6ix9ine and Akon will release the “Locked Up” sequel. 6ix9ine has pushed back his potential release multiple times out of respect for the global crisis. With this new snippet, he looks to get back to his “GOOBA” follow up.

‘The Fresh Prince of Bel-Air’: Which ‘Banks Family Kid’ Has the Highest Net Worth Today? 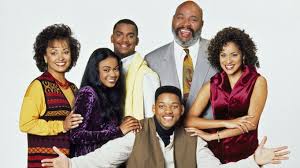