Silento was arrested last weekend after he entered into a family’s home, allegedly threatening the homeowners and their children with a hatchet.

LAPD says that Silento, whose real name is Richard Hawk, entered a house holding a hatchet while looking for his girlfriend. When he entered the home, someone screamed for help and others were able to restrain him and take the hatchet away. Hawk’s friends then arrived at the residence and told him it was the wrong house. The police arrived as they were leaving. The homeowners said that they and their children were shaken but unharmed.

Silento is now facing two charges of felony assault with a deadly weapon for the incident and is being held on a $250,000 bond.

The day prior to the incident, Santa Ana police were called on reports of a domestic disturbance to Silento’s residence. He was booked and later released on a charge of inflicting corporal injury on a spouse or cohabitant. 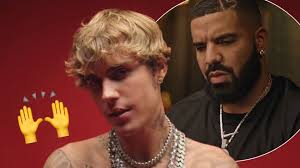