Megan Thee Stallion continues to make her mark in music. The Houston Hottie took her superstar status to new heights last year with a number of guest features and two Hot 100 chart-topping songs. The “Savage” rapper ended the year with a Gold-certified debut album in Good News. She was also crowned as Apple Music’s Breakthrough Artist of The Year, as well as four Grammy nominations. Two of those nods are Record of The Year (“Savage”) and Best New Artist.

Most recently, the 26-year-old rapper took to Instagram to reveal her latest collaboration with Pop Rock band, Maroon 5. The track is entitled “Beautiful Mistake.” It is set to release on Wednesday, March 3rd. Adam Levine dropped a snippet of the song and video as well.

While Megan has seen the success of a number of collaborations within Hip-Hop, she is diversifying her feature palette. She recently linked with Ariana Grande and Doja Cat for the release of “34+45” remix. The song currently sits at No. 2 on Billboard’s Hot 100 charts. 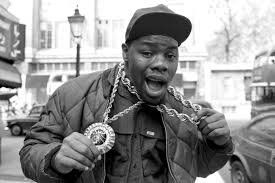