According to reports, Stines is suing the Carter’s for using her vocals on their song, Black Effect, without giving her the proper credit or compensation.

According to UK’s Daily Mail, Stines reportedly said the Carters approached her back in 2018 to record her views on love. She said she was told the audio would only be used for promotional purposes and so signed a contract giving them permission to use the audio for those reasons. She said she was shocked when the minute long recording was used as the intro to the Black Effect track.

When contacted by THE STAR, Stines declined to offer a comment on the issue.

Stines’ lawsuit is the second major lawsuit being filed by a Jamaican creative against an international mega-star in recent times.

In January this year, veteran artiste Flourgon won his copyright infringement lawsuit against pop star Miley Cyrus for her use of the phrase ‘we run things, things don’t run we’ on her 2013 hit song, We Cant Stop.

Flourgon filed for a $300 million settlement in damages. The final amount awarded has not been disclosed. 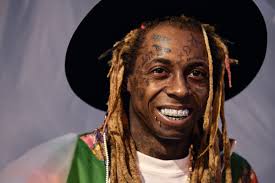