Entertainment Weekly unveiled the first-look of the highly-anticipated Space Jam: A New Legacy and fans get a chance to see LeBron James alongside the Tune Squad.

Lola Bunny is the character that generated the most buzz as fans noticed her less sexualized look in A New Legacy.

The movie’s director, Malcolm D. Lee explained that he thought it would be better to change her look for a more modern audience.

“This is 2021. It’s important to reflect the authenticity of strong, capable female characters,” Lee explained about the updated Lola, “a.k.a. the team’s best non-LeBron player.”

Lola Bunny’s sex appeal was definitely a highlight in the 1996 film as she was introduced with smooth saxophone music and the other male team players swooning over her.

Space Jam: A New Legacy is set to be one of the first films to premiere following the reopening of movie theaters in the Summer. However, it will be available to stream on HBO Max on July 16th.

Lola Bunny’s look was met with mixed reactions. What are your thoughts? 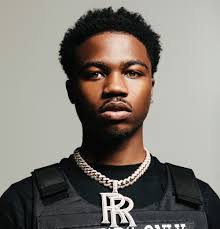