YK Osiris has attracted more attention for his boxing matches with fellow artists than his music as of late. After trading punches with Blueface and Lil Tjay over the past month, YK hopped in Drake’s DMs to tease a matchup with 6 God.

“I’m trynna box u now lol,” he wrote to Drizzy via Instagram before immediately backing down. “I’m jp u gonna beat df out of me.”

Drake laughed off YK’s quick change of heart by responding, “least u know your limits

YK’s mission to box rappers began when he faced off against Lil Tjay on a basketball court in May. He eventually ended up boxing Blueface and Desiigner as well.

At one point, the Def Jam singer was scheduled to clash with Trippie Redd in a bout streamed live on Instagram. But Redd called off the fight after learning Tekashi 6ix9ine would be involved as a commentator.RELATED NEWSBLUEFACE & YK OSIRIS HAVE BOXING MATCH TO RELEASE STEAMJUNE 5, 2020

“Aight so listen,” he explained. “It was gon’ be a fight, right? Now it’s not gon’ be a fight. I tried to tell y’all I don’t want to associate myself with bullshit, and y’all try to associate me with bullshit. I don’t get why ’cause I’m a real nigga and I don’t won’t to be part of nothing that has to do with anything that I don’t like. You know what I’m saying? So there was gonna be a fight, now there’s no fight. Sorry, ruined it. Crazy.

Wife of Kobe Bryant pays a hefty price for his death 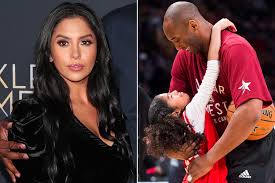