The upcoming animated film, Canvas, is coming to Netflix this December, and director Frank E. Abney. Abney shared the official trailer on his social media page. Be prepared, as the tears will be flowing come December 11.  This newest installment to Netflix’s animation library was produced by Paige Johnstone and directed by Frank E. Abney. Abney, if you recall, is an experienced animator who executive produced the Academy Award-winning short film, Hair Love, and worked on the upcoming Pixar film Soul.

In what began as a short film project two years ago, Canvas is a story about an elderly, wheelchair-bound man, who revisits his passion for being an artist after suffering a decimating loss.  According to the synopsis from Netflix, “Canvas tells the story of a Grandfather who, after suffering a devastating loss, is sent into a downward spiral and loses his inspiration to create. Years later, he decides to revisit the easel, and pick up the paint brush… but he can’t do it alone.”

On November 13, Abney and Netflix both concurrently made their official release of the trailer on their social platforms.

Check out the trailer to Canvas below and be sure to catch it on Netflix on December 11. 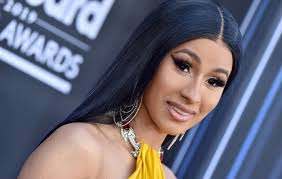