According to a report from Dancehall Magazine, son of Dancehall reggae star Mavado was convicted today of murder in Kingston, Jamaica’s Home Circuit Court and could spend the rest of his life behind bars.

Mavado’s 18-year-old son Dante Brooks, along with his co-defendant Andre Hinds, were both also charged with illegal possession of a firearm and arson in the case. Brooks and Hinds will be sentenced for their crimes on March 10.

Prosecutors asserted that Brooks and four other men entered the home of Lorenzo Thomas in the St Andrew community of Cassava Piece on June 5, 2018 and shot him to death. Thomas’ father was present and the prosecutors alleged that the assailants attempted to behead the father, but changed the plan because the machete was too dull. The men doused the home with gasoline before setting it ablaze with the body inside.

The prosecutors were able to secure a conviction with the eyewitness testimony of Thomas’ father, who survived the ordeal and was able to identify his son’s killers in the community.

Mavado released a track, aptly titled “Not Perfect” earlier this month that mentions his son’s trial as well as his own criminal allegations. The song has already reached almost one million views.

CHRIS TUCKER REVEALS HE WAS ONLY PAID $10K FOR ‘FRIDAY’ 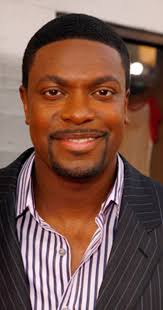