Can You Live Without Google? A New Life With Huawei’s Honor 9X Pro

I’ve been experiencing the Honor 9X Pro for the last week. The design of the handset stands out, the hardware packed into the smartphone is attractive (especially at its UK pricing of £250 SIM free), and the three-lens 48 megapixel camera is one of the best in its price band…

But something towers over the rest of the handset. What is a smartphone without Google?

So I want to talk about this single issue and the impact it has, no matter the hardware sitting beside the software

The background to the lack of Google Mobile Services on Honor’s new handsets (and all of those from parent company HuaweI) is relatively simple. Huawei was added to the US Department of Trade’s ‘Entity List’, which prevents US companies exporting to Huawei. This includes Google.

While Android is open source, Google’s Android services under the GMS banner are not. That puts the Google Play Store, Gmail, YouTube, Chrome, Calendar, and other smaller services out of reach of the Honor 9X Pro and other handsets from Huawei. How much of a burden is this?Today In: Consumer Tech

The short answer is that ‘it depends’. The Honor 9X Pro naturally comes with alternative software to some of Google’s services, as part of Huawei Mobile Services, so you still have the likes of a web browser, calendar, contacts, and an app store. It’s just that they are not the same apps that Android users will be used to.

If someone is just looking for a good phone to make calls and messages, browse the web, and pick up emails, all of that is here. For a light user the absence of Google is not going to be immediately obvious. Using the web browser for YouTube is a compromise, but it does the job. It might be a touch harder to offer your relatives support over the phone, but the basics are covered.

Moving to the other end of the spectrum, there are ways to get Google Mobile Services onto the device if you look in the dark corners of the internet. I’m not going to go into much depth here, but would flag up that while this will cover 99 percent of your needs, the security tokens that GMS offers to the likes of banking apps are not present, so some apps will still not run.

But it’s the middle ground where the major problems can be found, and it all comes down to three groups of apps and their relative sizes.

First of all, you can forget about anything supplied by Google. No native Gmail client, no calendar or contacts and their powerful sync options, no app-based access to YouTube, no Google Photos to manage your snaps and videos… Arguably the biggest loss is Google Maps, and this is going to be a deal-breaker for many.

Huawei is hard at work to bring its own alternative to Google Maps onto the platform and is working with Tom-Tom, but right now there’s no direct replacement. Using the web version is not a suitable alternative.

This brings us to the second group of applications – those in the Huawei App Gallery. Google’s Play Store is not the only App Store you can install on a phone. The App Gallery carries countless apps to install on the Honor 9X Pro. Huawei is working hard with developers to get them to submit their apps into the AppGallery as well as the Play Store. This is not a quick process, and there’s no guarantee that your application is going to be in here.

With a bit of lateral thinking you’ll realise that Amazon’s App Store can also be installed (via the web browser) and this has a number of apps that are more suited to a western audience – for example this is the easiest way to get FaceBook and Twitter on your phone. Again though you are limited to the apps that each developer has decided to submit.

Which brings in the third group of apps. Those that aren’t in Huawei’s App Gallery and aren’t found in the handful of alternative stores. The apps that are simply not available.

The big ticket items here are probably the online banking apps. Because of the security requirements, these apps are looking for a variety o elements that guarantee a safe environment for customers. Those are baked into Google Mobile Services, and can be used by the developers of financial software. It’s going to take a significant push from Huawei to bring western banks into the App Gallery.

There are also individual apps that are absolutely critical to a user’s mobile experience. Speaking personally, I have a cloud based application that tracks my daily medication needs. It reminds me to take regular medication, it allows me to track ‘one-of’ doses, my partner can see the same profile, and I have regular reports that can be sent to my specialists.

It’s not available inside the App Gallery, and that is a major point of failure for me. It effectively rules out the Honor 9X Pro as my personal phone.

The hardware in the Honor 9x Pro is impressive for a handset priced at just over £250. You get long battery life with a full screen display (thanks to the pop-up selfie camera), and an old-fashioned headphone jack. EMUI 10 is a smooth UI over Android that does not feel bloated, even though it comes with Huawei’s suite of apps.

The overall impression is that the hardware offered for the price – coupled with the attractive styling on the rear of the handset – is great value for money, and it feels like a more expensive handset.

But the software is the achilles heel.

The lack of Google Mobile Services has an impact in some territories, primarily the US and Western Europe, and I suspect that will be borne out in lower sales. There will be short term pain because of these decisions, but if this leads to a successful de-coupling from Google, that will offer many long term benefits.

The hardware behind the software is impressive, but the question was “can you live without Google?”

Well… yes, but for many it’s not going to be a pretty experience. If you move outside of the pre-installed apps you’ll realise that the lack of not just the Google apps but the lack of access to the Google Play store for more apps creates an incredibly high barrier in territories where Google is the dominant Adroid service.

Huawei’s software ecosystem is not quite there yet, but thanks to the inclusion on the Entity List, there really wasn’t much choice to roll this out to markets outside of China earlier than perhaps it was planned.

In actual fact the Honor 9X Pro (and the other Huawei and Honor handsets based on the Android Open Source Project) remind me of the early days of Google’s Android. You can see the path forwards and what is being targeted, you can see the rough edges in the platform right now, and with a bit of work you can get everything working.

Is that for you? 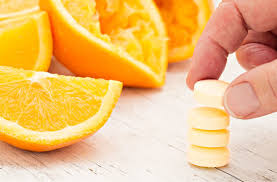