Rapper who skyrocketed to fame following the release of his single “First Day Out” in 2016.

The Brooklyn Nets star was the NBA’s Rookie of the Year in 2012 as a Cleveland Cavalier.Born 1992

Known for her role as Sarah on My Babysitter’s a Vampire and as Amanda Pierce on The Latest Buzz. She also had a starring role as Hannah in the 2011 TV movie Geek Charming and in 2014, she began playing Bird on the MTV series Finding Carter. In 2017, she joined the cast of the CW’s Riverdale.

She was a Junior Miss America Winner at age seven in 1999 and appeared in 2010’s Frankie & Alice.

Long-distance runner who won the 10,000 meter and 5,000 meter races at the 2012 London Olympic Games representing the UK.

He had a passion for soccer as a child, but was encouraged to pursue track and field because of his speed and endurance.

Actress (TV’s The Americans and Felicity; Dawn of the Planet of the Apes, Bedtime Stories, August Rush, Waitress, Mission: Impossible III, We Were Soldiers)Born 1976

Actor (TV’s Fresh Off the Boat; The Interview)Born 1974

The 10-time NBA All-Star played for Dallas, New Jersey and Phoenix. In 2013 he retired as a player and became the head coach of, first, the Brooklyn Nets and then the Milwaukee Bucks, who fired him midway through the 2017-18 season.Born 1973

One of America’s most hapless celebrities entered the spotlight painfully when his wife Loreena cut off his penis.Born 1967

Actor (Heaven or Vegas, A Night at the Roxbury; TV’s original 21 Jump Street)Born 1965

She was nominated for Best Supporting Actress Oscars for Capote in 2006 and Being John Malkovich in 2000. Her other films include Get Out, Begin Again, Captain Phillips, Where the Wild Things Are, Into the Wild, The 40 Year Old Virgin, The Interpreter, Full Frontal and The Real Blonde.Born 1959

Actress (The Hunger Games: Catching Fire, Pulp Fiction, The Fisher King, The World According to Garp)Born 1957

R&B vocalist whose version of Prince‘s “I Feel for You” is considered a hit. She is also the frontwoman for Rufus.

She dropped out of high school to perform with Hassan Khan, who she later married.

She became known as the Queen of Funk. She appeared on season three of the popular show The Masked Singer.

Helping Your Dog Survive During a Quarantine 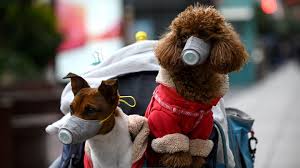