Quarterback who led the University of Alabama to back-to-back national championships following the 2017 and 2018 seasons. He was a runner-up for the 2018 Heisman Trophy. In 2020, he was selected fifth overall in the NFL Draft by the Miami Dolphins.

The Detroit Lions running back was the 2005 Heisman Trophy winner at USC, but forfeited it in 2010 following allegations that he’d received improper benefits during his college career.Born 1985

The daughter of Mick Jagger and Jerry HallBorn 1984

The Pittsburgh Steelers quarterback became the youngest ever to win a Super Bowl when he led his team over Seattle in February 2006. He won a second Super Bowl against Arizona in 2009 and — after missing the first four games of the 2010 season due to a suspension for an ugly off-the-field incident — he took the Steelers to a third Super Bowl, losing this one to Green Bay.Born 1982

Director Ron Howard‘s daughter has been in such films as Gold, Spider-Man 3, Terminator Salvation, The Help and Jurassic World. She received a Golden Globe nomination for her work in the 2006 mini-series As You Like It.Born 1981

The Australian-born actress has starred in both Pitch Perfect films as well as Bridesmaids, How to Be Single and Bacherlorette.Born 1980

The Coldplay singer-keyboardist-guitarist has two children with ex-wife Gwyneth Paltrow. The couple divorced in 2016. He’s been dating actress Dakota Johnson since 2017. Born 1977

Born Clifford Smith, he is an American rapper who gained acclaim with Wu-Tang Clan and the Method Man & Redman rap duo. He also portrayed the drug dealer Cheese on the iconic HBO series The Wire.

In 2006, he became the sixth actor to play James Bond in the “official” movie series when he starred in Casino Royale. His other pictures include Quantum of Solace and Skyfall (also as Bond), The Girl With the Dragon Tattoo, Dream House, The Golden Compass, Defiance, Munich, Sylvia, Road to Perdition and Lara Croft: Tomb Raider.Born 1968 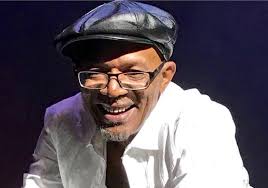