Written by KingCnote on December 8, 2020

Actress (Soul Surfer, Race to Witch Mountain, Jumper, Charlie and the Chocolate Factory, Because of Winn-Dixie; TV’s The Carrie Diaries)Born 1993

The eight-time NBA All Star has played for the Magic, Lakers (twice), Rockets, Hawks, Hornets, Wizards and the Sixers.Born 1985

The flamboyant native of Trinidad and Tobago has the most Billboard Hot 100 entries of any female rappers. She has received 10 Grammy nominations and won six American Music Awards. Her worldwide album sales have passed five million, and she’s more of a singles artist. She was a judge on American Idol in 2013 and had roles in the movies The Other Woman and Barbershop: The Next Cut.Born 1982

Actor (TV’s The Vampire Diaries, Lost; The Rules of Attraction)Born 1978

The German-born, English-raised actor played Merry in the Lord of the Rings movies, Charlie Pace on TV’s Lost and Dr. Simon Campos on Flash Forward. He has also hosted the BBC America animal series Wild Things With Dominic Monaghan.Born 1976

A five-time All-Star pitcher for the Baltimore Orioles and New York Yankees, he won 11 or more games for 17 consecutive years, from 1992 through his final season in 2008, when he won 20. The Eastern Pennsylvania native was inducted into Baseball’s Hall of Fame in 2019.Born 1968

The Irish singer has had her ups and downs.Born 1966

The Georgia native won a Best Supporting Actress Oscar for LA Confidential in 1998. Her other notable films include The Sentinel, 8 Mile, The Getaway, Wayne’s World 2, Batman, My Stepmother Is an Alien, 9 1/2 Weeks and Never Say Never Again. Her marriage (1993 to 2002) to actor Alec Baldwin ended in a very acrimonious divorce.Born 1953

KID CUDI TO RELEASE ‘MAN ON THE MOON III’ THIS FRIDAY 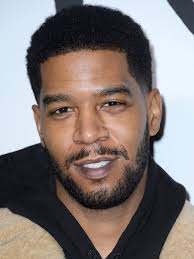