Written by KingCnote on December 2, 2020

The rapper, singer and songwriter scored with the singles “All Girls Are the Same,” “Lucid Dreams” and “Bandit.” He died in a Chicago airport after suffering a seizure.Died Dec 8, 2019 at 21 – Born 1998

The New Jersey singer-songwriter made his debut with a single called “Marvin Gaye.” He’s since become a major star.Born 1991

Before becoming a full-time rapper, he was a chef and a TV cooking show host.Born 1983

The NFL’s all-time career leader in passer rating was its 2010 Player of the Year and MVP of Super Bowl 45, where he led the Green Bay Packers to a 35-21 victory over the Pittsburgh Steelers.Born 1983

Before being stabbed by a deranged spectator, the tennis star had won three straight Australian (1990-’92) titles as well as the ’91 U-S and ’92 French Open titles.Born 1973 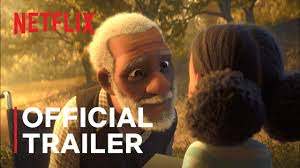