The seven-time NHL goal-scoring leader and three time league MVP won the 2018 Conn Smythe Trophy as Stanley Cup playoffs MVP, as he helped his Washington Capitols to their first championship.Born 1985

Rapper known for “Low,” which hit #1 on the U.S. Billboard in 2008, and “Right Round,” which broke a record for digital sales. His 2012 song “Whistle” off of his fourth studio album Wild Ones became his third single to reach the number one position on the Billboard Hot 100.

The New York chef and restaurant owner has a side career judging reality competitions like MasterChef and MasterChef Junior.Born 1968

The Australian movie director is known for such garish spectacles as Moulin Rouge, Strictly Ballroom, Romeo + Juliet and The Great Gatsby.Born 1962 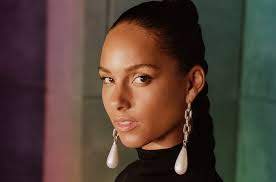