Written by KingCnote on September 8, 2020

The rapper, actor and marijuana proponent is divorced from hip-hop celebrity Amber Rose.Born 1987

Texas-based rapper who came to national attention for his contribution to Mike Jones‘ 2004 single Still Trippin’. His ninth studio album, Welcome 2 Houston, was released in 2017.

Among many other roles, the English actor plays Bilbo Baggins in The Hobbit films and Dr. John Watson in the Sherlock TV series.Born 1971

The actor (the Scream movies, Never Been Kissed, Eight Legged Freaks, Ready to Rumble) is the younger brother of Rosanna and Patricia Arquette and the former husband of Courteney Cox.Born 1971

The former NBA player with Golden State, New York and Minnesota was a four-time All-Star.Born 1970

DJ who became known for being a host on the Los Angeles hip-hop station Power 106. He moved to KRRL in 2015. That same year, he was inducted into the National Radio Hall of Fame.

The Vermont senator ran a strong campaign for the 2016 and 2020 Democratic presidential nominations.Born 1941 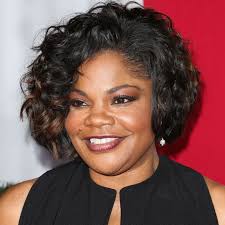