Also known as Ackquille Pollard, he is a charting rap artist who was signed by Epic Records. He gained notoriety for his dance called the Shmoney.

The identical twins starred in TV’s Suite Life of Zack and Cody. They were also in Big Daddy with Adam Sandler. While Dylan took a break from acting, Cole went on to star in the series Riverdale.Born 1992

The Elliston, Ohio native was the runner-up on American Idol: Season 9.Born 1985

The founding member of the R&B group IMx. He is perhaps best known for his role as Roger Evans in the ’90s television comedy Sister, Sister, which aired on The WB.

The longtime Dancing With the Stars pro married her dance partner from the show’s 20th season, Shark Tank entrepreneur Robert Herjavec. After a three-year hiatus, during which she gave birth to twins, she returned to the show for Season 24 in 2017, partnering with Mr. T.Born 1976

Born in Hawaii, the Democrat served as an Illinois state senator and a U.S. senator before being elected the nation’s first African-American president in 2004.Born 1961

The actor-director-screenwriter-musician was famously married for a time to actress Angelina Jolie. Though twice Oscar-nominated for his acting — for Best Actor in Sling Blade and Best Supporting Actor in A Simple Plan — his one Academy Award has come as a screenwriter, for his adaptation of Sling Blade. As a musician, he’s made a number of solo albums and in 2008 released the first album by his “electric hillbilly” trio, The Boxmasters, in which he plays drums and sings lead.Born 1955 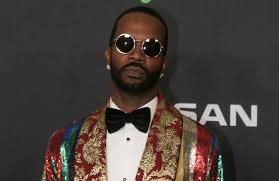