6th overall pick of the 2012 NBA Draft by the Portland Trail Blazers who was named 2013 NBA Rookie of the Year. He hit a buzzer beater three pointer in Game 6 of the first round of the 2014 NBA Playoffs to lead the Blazers to a series victory over the Houston Rockets.

The German-born model and actress has been in such films as Inglourious Basterds, National Treasure, Troy and The Infiltrator as well as the TV series The Bridge. Born 1976

The comedian and actor is also known as Fluffy.Born 1976

The standup comedian is also an actor, with roles in Undercover Brother, Foolish, Deuce Bigelow and its sequel, The Meteor Man and TV’s Malcolm and Eddie.Born 1968

He won a Best Actor Oscar (as well as a Golden Globe and SAG Award) for playing Idi Amin in The Last King of Scotland. His other notable acting roles include Platoon, Bird, Phenomenon, Phone Booth and Panic Room. Movies he’s directed include Waiting to Exhale, Hope Floats and First Daughter.Born 1961 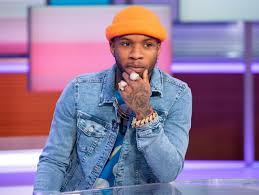